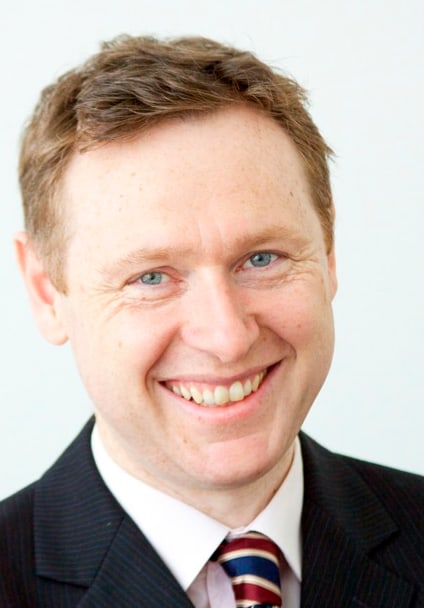 This article provides basic information about the male reproduction system from the function of the organs to the difference of sperm and semen.

Women have menstrual periods, women carry pregnancies and women give birth to children. It can seem therefore that the role of men is limited in the context of family formation, but this overlooks a very complex and highly developed system. A basic understanding of male fertility and ‘how men work’ is a must for all women who are interesting in conceiving. What are the male reproductive organs?

The following make up the specialised anatomy that men have, and all these structures need to be working normally for a man to get a woman pregnant naturally. To know more about the male reproductive system and the testicles, you can read this article that goes into more detail about this.

Where is sperm made?

Sperm is made in the testes, which are the smooth, sensitive egg-shaped structures that are located outside the body in the scrotal sac, so that they are kept cooler that the rest of the body to help sperm production. The testes have another function, which is to make the male hormone testosterone.

How does sperm get from the testicles to the penis?

Sperm that is produced in the testes passes into the epididymis, which is the cap at the top of the testicle that consists of a tiny, highly folded tube. The epididymis stores sperm and when a man ejaculates, carries it to the next part of the system, called the vas deferens.

The vas deferens is a muscular tube that can be felt on each side of the scrotum. The vas deferens transports sperm into the pelvis where it is joined by a narrow sac called the seminal vesicle. The tube at this point is called the ejaculatory duct. It drains into the urethra, which is the tube in the penis that drains urine from the bladder.

How does sperm get into the vagina?

The penis is composed of three cylinders. The one underneath contains the urethra and is expanded as the head of the penis. The two cylinders on the top of the penis contain a spongey muscular tissue and are surrounded by a tough membrane. When a man gets an erection the muscle inside the upper two cylinders relaxes, so the penis can fill with blood and both widen and lengthen. When a man has vaginal sex the erection allows sperm to be deposited inside the vagina near the cervix (opening of the womb), so that some sperm can pass up through the cervix into the uterus and from there, travel up into the Fallopian tubes to fertilise an egg that will be travelling the other way.

What is sperm and how is it made?

Sperm is the male reproductive cell. Unlike women who are born with all the eggs that they will ever have and lose them naturally as they have menstrual cycles and get older, men continue to make millions of sperm per day all their lives, although the efficiency of sperm production declines a bit as men get older. Sperm is made in seminiferous tubules that are tiny tubes in the testes that act as factories to make sperm.

Cells go through numerous changes from germ cells to eventually turn into highly specialised sperm cells. Sperm are the smallest cells in the body (eggs are the largest!) and uniquely are the only cells that can move themselves. They do this by moving their tails (like a tadpole) and this enables them to travel through the female reproductive tract to find an egg. Sperm contain one copy of the man’s chromosomes which passes through into the egg to fertilise it and form an embryo. Although sperm is continuously being produced, the actual numbers of sperm can vary greatly from one day to the next. 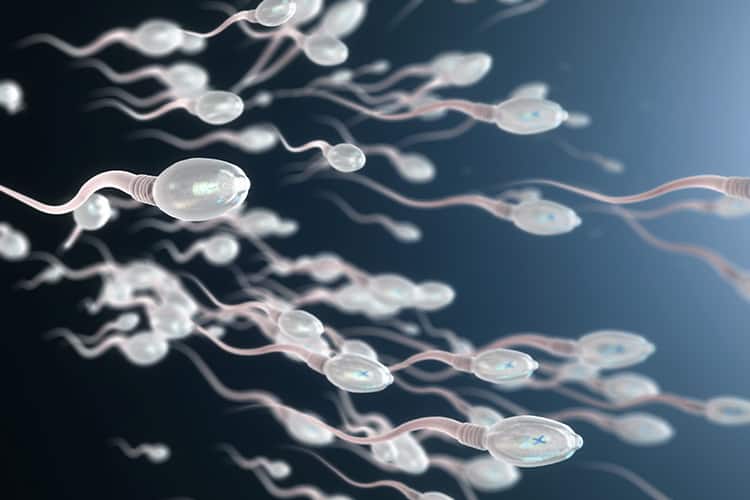 Although semen and sperm are sometimes used interchangeably, the term semen applies to the fluid that a man produces when he ejaculates. Only a very small percentage of the fluid in semen actually comes from the testes themselves and this is the sperm. Nearly all the fluid in semen comes from the seminal vesicles and the prostate gland, which is a walnut shaped gland that sits under the bladder. The fluid produced by these other structures is needed to keep sperm healthy for fertilisation. As sperm makes up such a small amount of the volume of semen and the volume of semen produced varies, you cannot tell by looking at semen if it contains sperm of not; a microscope is needed to be able to see sperm.

How does sperm get out?

Sperm is stored in the epididymis and vas deferens and when a man has an orgasm and ejaculates. Muscular contractions that occur during orgasm expel the sperm up through the vas deferens where it is mixed with fluid from the ejaculatory ducts and prostate gland before passing into the urethra. Contraction of muscle around the urethra and pelvic floor expels the fluid out through the hole at the end of the penis (the urethral meatus).

Please read the other articles on male fertility on this site to get more details about these steps and what can go wrong with them.