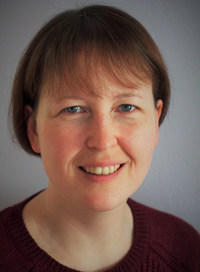 In this arcticle, you will learn more about how the embryologist grades the appearance of embryos. The article explains how grades determine the quality of both a cleavage stage or a blastocyst stage embryo.

At specific time points during embryo development the embryologist grades the appearance of embryos to determine the quality. There are multiple different grading systems but each system is designed to enable the embryologist to rank the embryos. The ranking is used to select good quality embryo(s) for transfer to provide the highest chance of pregnancy. Once the good quality embryo(s) have been selected for transfer the ranking of the remaining embryos is used to determine if there are surplus embryos of sufficient quality for freezing. The quality criteria for embryo freezing will differ between fertility centres so please talk to your clinic for specific details. Generally clinics only recommend freezing good quality embryos because these embryos are capable of surviving the freezing and thawing processes.

When the embryologist talks about good quality embryo´s it is only based on the appearance of the embryo down the microscope and the grade assigned using a grading system. There are other factors that the embryologist cannot see which influence whether the embryo has the potential to implant such as the genetic status.

When fertilisation occurs (the union between an egg and sperm) the fertilised egg is a single cell which divides to form a 2 cell embryo. The process of dividing is referred to as cleavage. Over a course of days the cells of the embryo should undergo a series of divisions from 2 cells to 4 cells and so forth. The grading systems are designed for embryo at two specific stages of development:

There are 3 features that an embryologist will look at to determine the quality of a cleavage stage embryo.

A blastocyst is the point when the embryo becomes organised into two different cell components and a fluid cavity in the middle, usually occurring about 5 days after fertilization. There are 3 features that an embryologist will look at to determine the quality of a blastocyst stage embryo. Each feature is scored resulting in a code composed of a combination of 3 numbers and/or letters. 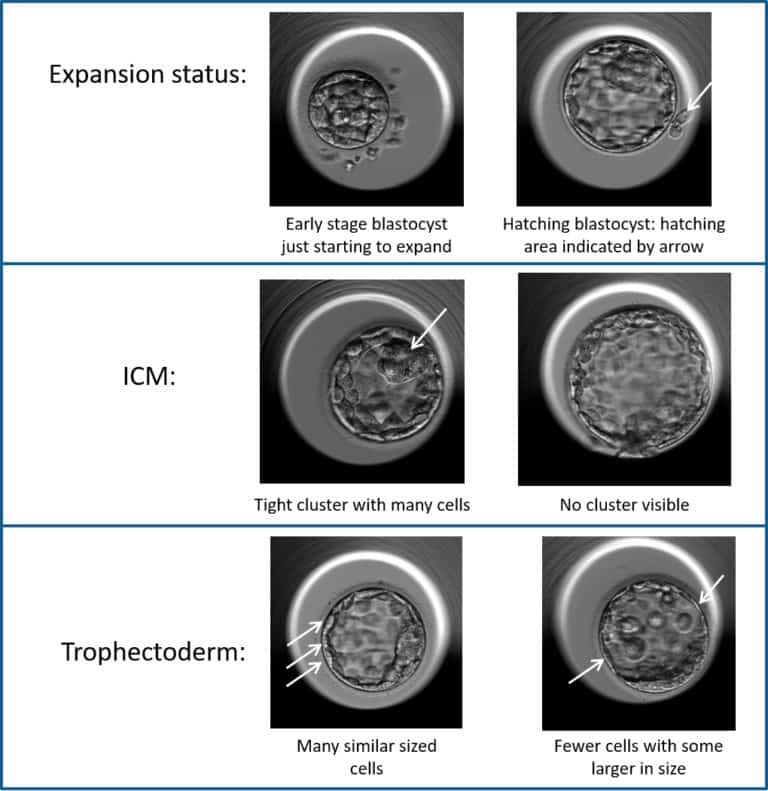 Please speak to your clinic for specific details on the grading system they use. It can be confusing because there are many different system and on a scale of 1 to 4 it could mean 1 is the best quality or is reversed and 4 is the best quality. Often clinics convert the grade into a category based on whether there is good quality embryo or bad, so that it is easier to talk about embryo quality. Rather than the combination of numbers or letters the embryologist may use the quality classifications of top, good, fair, poor and very poor. The embryologist will then be able to discuss up to date clinic success rates based on the quality of embryos available for transfer.

The title of the article is egg and embryo quality so you may be wondering when egg quality is going to be covered. I hope you can see from the article so far there are several features an embryologist can visualise at different stages of development to determine the quality of the embryo. There isn’t an equivalent established grading scheme for eggs to determine the quality and there are factors which determine egg quality that the embryologist cannot visualise down the microscope. The proportion of genetically abnormal eggs increases as women age so age is considered a predictor of egg quality. Genetically abnormal eggs can fertilise but most genetically abnormal embryos will not implant and result in a negative pregnancy test. A genetically abnormal embryo might implant but result in a miscarriage or a baby with a chromosomal disorder such as Down Syndrome.

For standard in vitro fertilisation (IVF) the cumulus cells are left surrounding the egg and a small amount of prepared sperm is added to the dish the same day as the egg collection before being cultured overnight. During fertilisation check the morning after egg collection the cumulus cells are removed to allow visualisation to determine if the egg has fertilised. It is only at this point that the embryologist will be able to see that an egg was immature and incapable of being fertilised. Once all the normally fertilised eggs have been identified they are cultured and graded at the specific time points as described above for embryos.

I hope this article has provided the basics on the quality checks performed on eggs and embryos. The grading of embryos is more comprehensive compared to eggs because there are many more features which can be visualised. The final recommendation on which embryo(s) to transfer and freeze is therefore based on the embryo rather than egg quality. There are differences between fertility centres so for more in depth information please talk to an embryologist at your clinic. They will be able to discuss about the grading system used to assess quality and latest success rates based on the embryo quality.